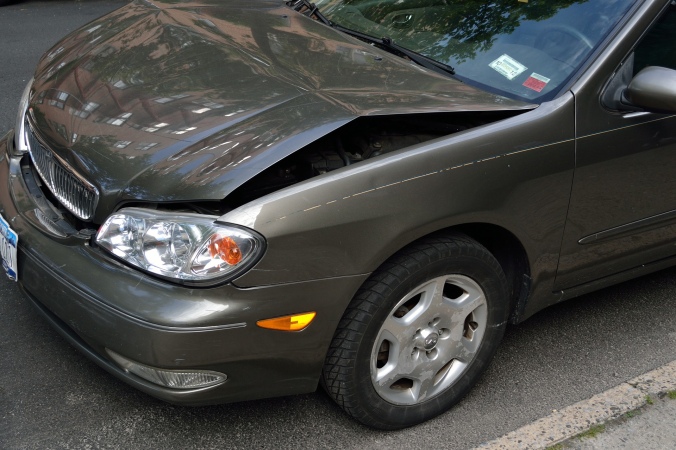 Susan Luzaruk of the Vancouver Sun reports that ICBC really doesn’t know what you’re going to pay after September 1 of this year.

That is because ICBC is still figuring out what individual drivers will pay under a new system that more heavily penalizes those who caused accidents.

The rates will also be determined by other drivers living in the same household as the primary driver — or employees who work for the same company — and that won’t be calculated until drivers arrive at their insurance broker’s office with a list of drivers, their licence numbers and dates of birth.

Also beginning Sept. 1, optional insurance premiums will be affected by two minor convictions, such as failing to stop or yield or speeding, or one major conviction, impaired driving, distracted driving or excessive speeding.

“The whole system’s changing,” said Andrew Janzen, owner of Janzen Insurance in South Surrey and a board member of the Insurance Brokers Association of B.C. “We now have to I.D. all the drivers. … The rates are going up and the system will be slower.

“It will be an adjustment because it’s totally different than the way we’ve done it for the past 40 years,” he said. “So notices to renew are going out and they won’t have a premium on it, and that’s going to be weird for some people.”…

Whether or not, as ICBC promises, most drivers will eventually pay cheaper premiums remains to be seen. That’s because the largest factor driving up costs is the number and size of claims to fix vehicles and settle lawsuits.

“Until the dust settles, you can’t really say,” Janzen said. “Will bad drivers (facing higher premiums) still be driving or will they be taking the bus?”

If you have suffered a loss on account of any accident-related matter and would like to have a free initial consultation regarding your claim and your right to compensation email me at pbuxton@panlegal.ca or call me at 604.372.4550.

Will BC follow Ontario‘s example and eliminate jury trials in favour of a simplified process for trials where damages are $100,000 or less?

Mick Hassell, trial counsel in Ontario, writes on his LinkedIn post that:

The reality is that a majority of personal injury claims probably belong in the simplified procedure.

It is anticipated that the use of summary trials will become common for personal injury trials. For plaintiff trial counsel, rather than calling the plaintiff, family and friends, treating experts and rule 53 experts, much of the direct examinations will likely be through affidavits. It may be tricky to get affidavits from some treating experts who may require a summons to testify live. Rule 53 experts will simply attach their reports, C.V. and acknowledgment of expert’s duty to a generic affidavit.

Affidavits, together with the imposition of time limits on direct examination of key witnesses and cross-examinations may really streamline trials. 2-3 week long Jury trials can be condensed into 1 week or less.

Is this a process that might be of benefit to both plaintiff and defence law firms dealing with personal injury litigation in British Columbia? Many lawyers in BC will be watching the Ontario model.

If you have suffered a loss on account of any accident-related matter and would like to have a free initial consultation regarding your claim and your right to compensation email me at pbuxton@panlegal.ca or call me at 604.372.4550.